Memphis-born rapper Zed Zilla is looking to collect on all the hard work he’s put in over the years with the release of his new street album Rent’s Due. The young entertainer has been laying the foundation for his nationwide debut under the tutelage of his mentor Yo Gotti, and represents the first official release on Gotti’s Cocaine Muzik Group (CMG) imprint.

Zed Zilla - Shoulder To Lean On 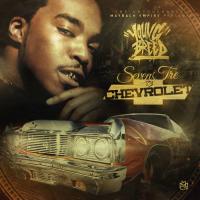 Zed Zilla - From Memphis With Love